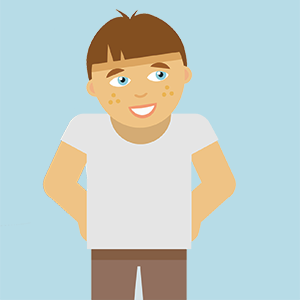 “Yes of course I would recommend the procedure. It was worth it!”

Akser could not stand or put any weight on his feet without pain. Since Akser could not stand and his mother thought that his feet did not look as they should, they considered their options. After talking with the team at the Family Hope Center, they discover the option of HyProCure. Akser had the HyProCure procedure performed in March of 2013 by Dr. Joseph Picciotti.

During the first week, there was pain, but Akser could stand for a few seconds. The second week Akser’s feet were more sensitive, but there was less pain. After 2 – 3 months there was no pain and Aksel could stand. The symptoms that led Akser’s mother to seek treatment have improved or resolved.