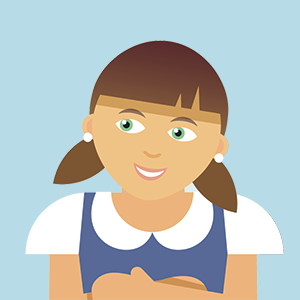 Two days after surgery Anna-Lena didn’t have any pain and we could stop to give her pain killers.

Before the surgery we were very skeptical about having the HyProCure® surgery and we tried to help Anna-Lena’s feet with other treatments and orthopedics. But after half a year of treatments, we saw we are not quite successful. In December 2012, we had our revisit in the Family Hope Center and there we were confronted again with the possibility of a surgery. We were able to talk to another child who had the HyProCure® surgery a couple of months ago and then we decided to do it. The surgery was quite good, although for European people quite unusual not to stay in a hospital and to go home right after a surgery.

Everything went well and Dr. Joe did really good work. Two days after surgery Anna-Lena didn’t have any pain and we could stop to give her pain killers. We went home 4 days after surgery and Anna-Lena spent 3 weeks not doing anything with her feet, except Lymphdrainage, Myoreflextherapy, and passive mobilization. After three weeks, we went into the water and from beginning on Anna-Lena used her feet normally. On the second day in the water she tried to stand up (in the beginning she felt a little bit unsafe) but then it wasn’t a problem for her. After 4 weeks we tried to stand up from the couch and sat down again. And after 5 ½ weeks she was running around without help.

Altogether we have to say it was a quite good decision to do the surgery, although we were very skeptical in the beginning. Dr. Joe did a great work!!! Anna-Lena’s walking improved a lot, she is much safer while walking and her feet (especially her arch) are much better. We still use the orthopedics but also her foot position in bare feet is much, much better.